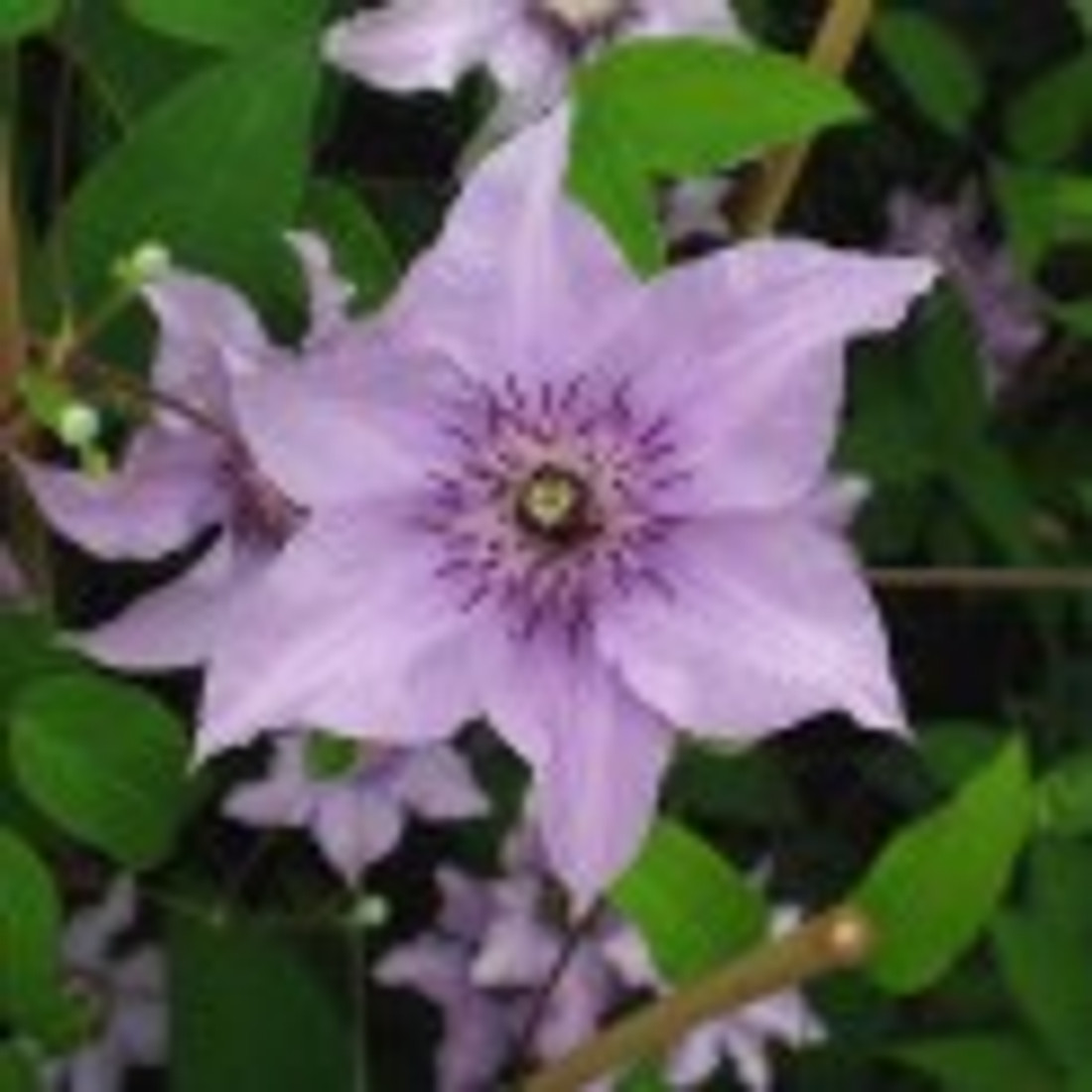 Clematis 'Pink Climador™' is a stunning compact clematis that boasts large, light pink blooms. The flowers are present from late spring through early fall. It is a great vine for smaller spaces or containers.