Be the first to hear about specials, exciting new plants, and featured events. 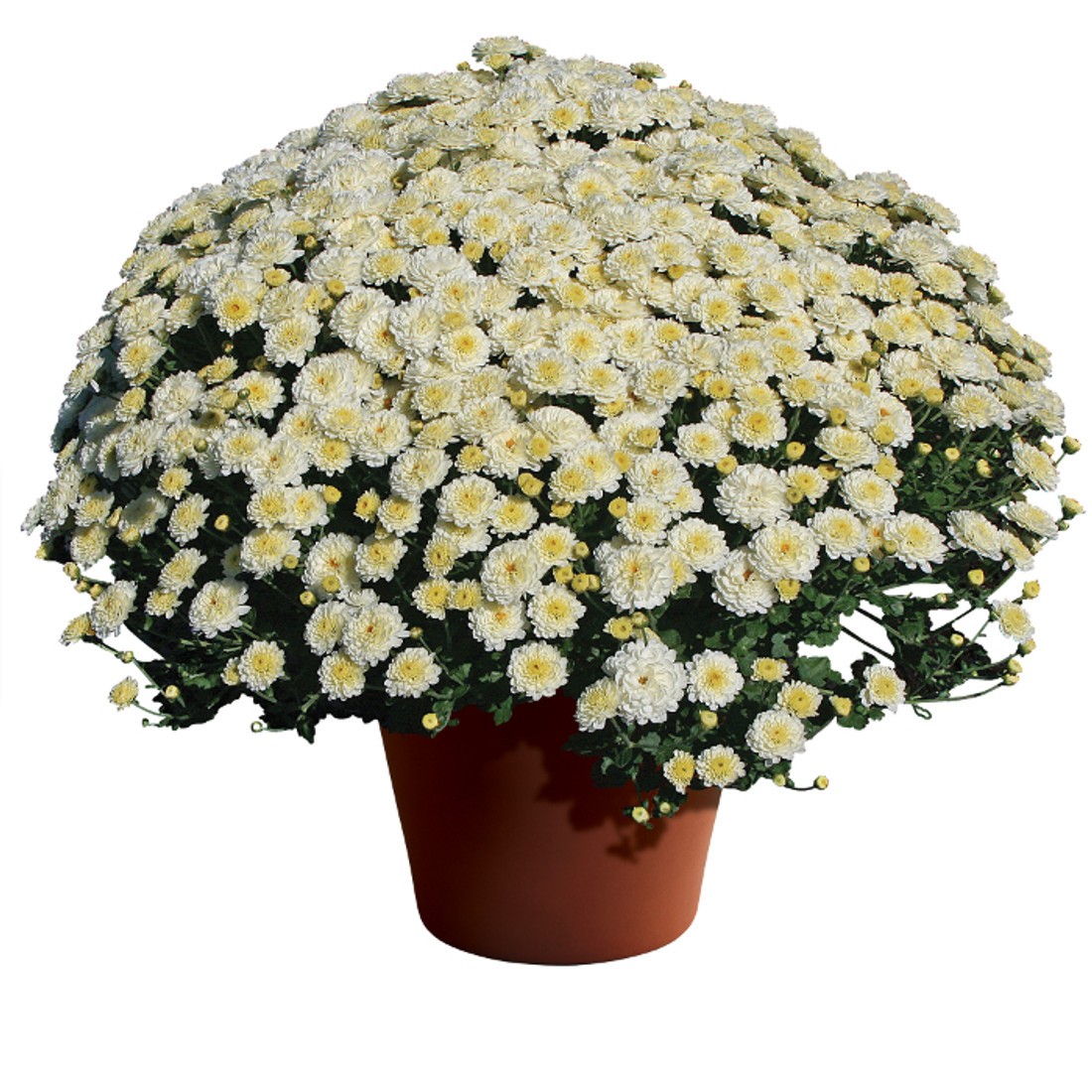 $12.99
(You save )
Common Name:
Hardy Garden Mum
Plant Type:
Perennial
Exposure:
Sun
Hardiness Zone:
5-9
Bloom Color:
White
Bloom Time:
Fall
Garden Height:
18-24 Inches
Garden Spread:
18-24 Inches
×
'Gigi™ Snow' features loads of crisp white blooms on a sturdy plant with a nicely mounded habit. The strong stems do not have the brittleness that is found in many other garden mums. Blooms early September in the Midwest and Eastern United States. Garden mums add color in the fall when few other plants are in peak bloom. Great planted in the perennial garden and in containers on the front porch.
West MI Bloom Time: Early Season
Notable Features: Late Season Color
Growth Habit: Mounding
Homeowner Growing Tips: Plant in full sun in well-draining soil. Water well, keeping in mind that rain or overhead sprinklers may not get much water down past the thick foliage to the soil, especially in a container. For the best chance of perennializing garden mums, be sure to plant as early as possible, especially in colder zones. They are slow to root, so need plenty of time to establish themselves before the ground freezes or they can tend to heave out of the soil over the winter.
Photo courtesy of ©Syngenta Flowers, LLC