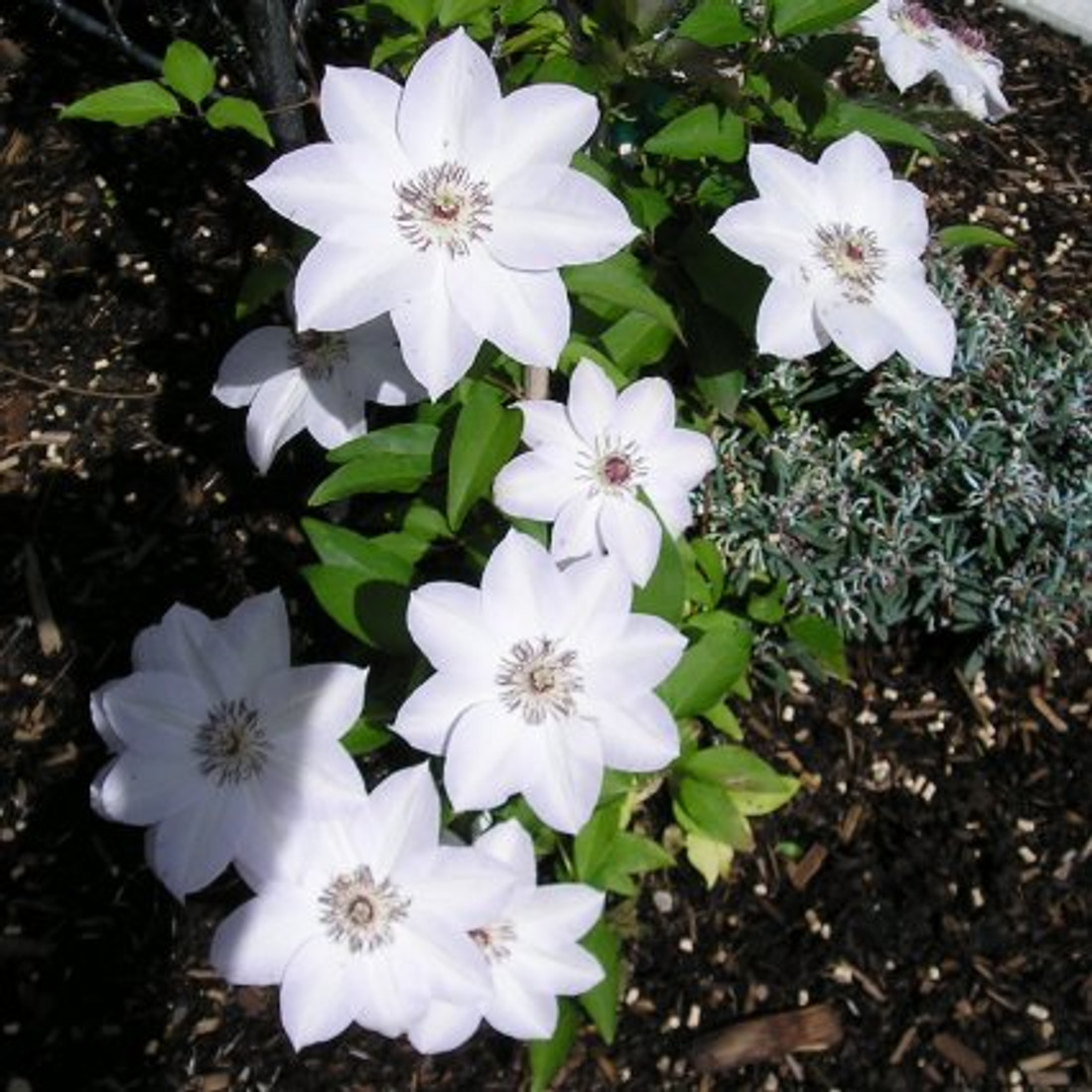 Clematis 'Miss Bateman' boasts pretty white blooms in early summer.  This is a nice compact clematis that looks splendid in containers. It typically has a second bloom in late summer.

Homeowner Growing Tips: 'Hakuba' is part of Pruning Class 2, one of the early to midseason flowering cultivars and rebloomers. Class 2 varieties begin to bloom in early summer on the previous year's growth. This is followed by a second flush of flowers that appear on new growth. The flowers in the second round tend to be smaller than the first ones and flowers that were double may be single in the second flowering.