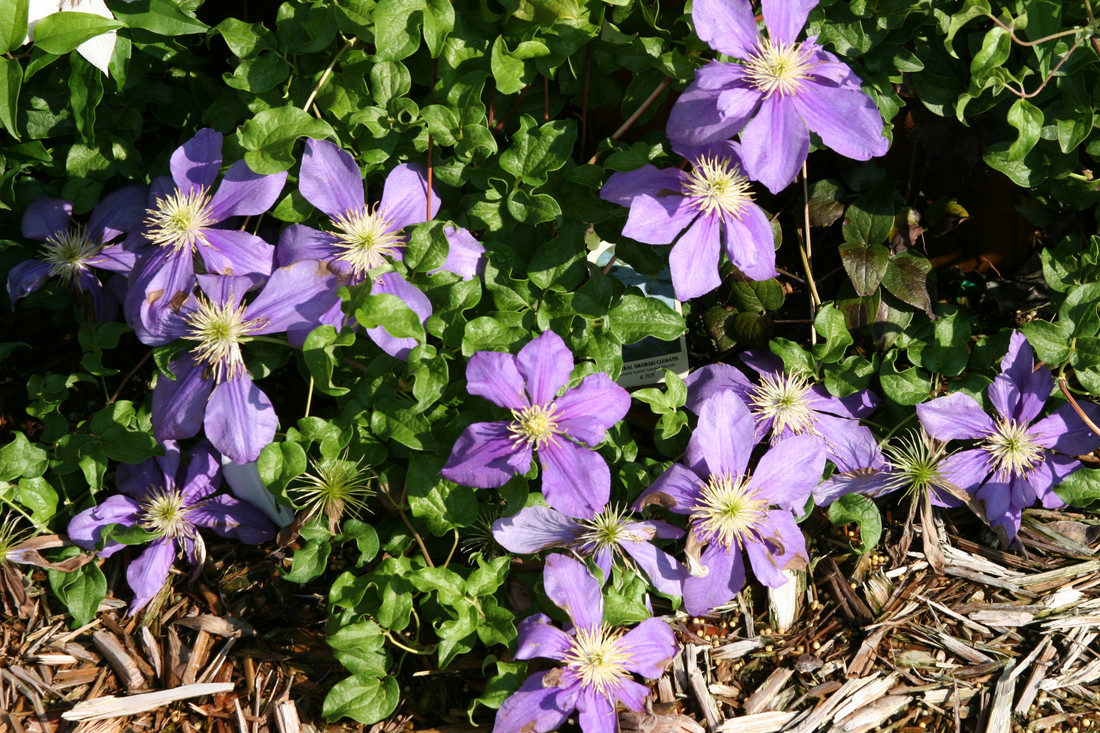 Brilliant blue flowers are 6" in size and have yellow anthers. Looks amazing growing up trellises or arbors. It is part of pruning group 2, which means that all of the first flowering comes from last season's ripened stems. In early spring watch for swelling leaf buds beginning to show. Cut all dead material off above these swelling buds. Be sure all growth is tied to the trellis at this time. Do not tie too tightly, so that growth is not hampered by tying too tight or cracking these stems. A beautiful vine that is a great performer in the garden.
Uses: Trellis, Arbors, Mailbox Posts, etc.
Nature Attraction: Butterflies
Notable Features: Cut Flower
Growth Habit: Climbing