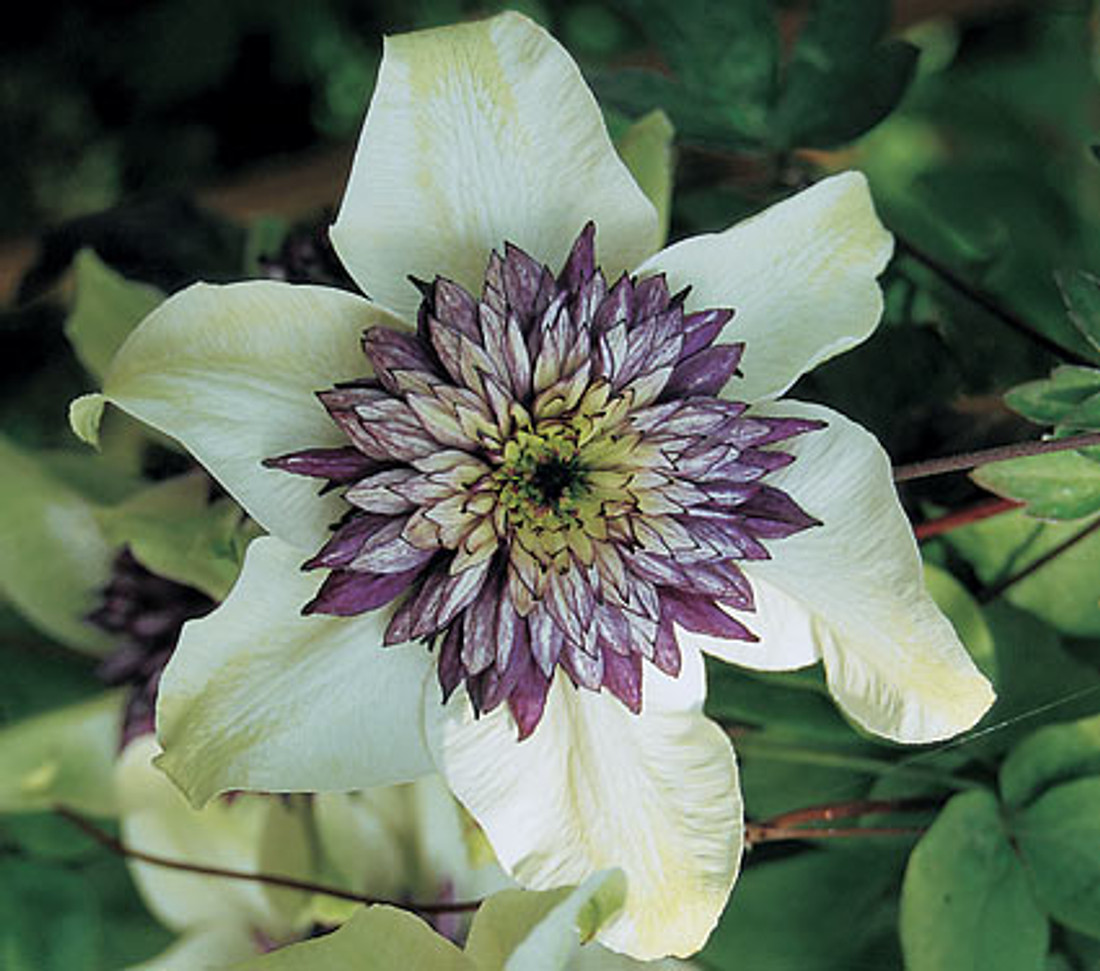 Florida seboldii boasts rounded flowers that are creamy white in the summer and creamy light green in the fall with fantastic purple stamens providing a beautiful contrast. Blooms from early Summer to Fall.