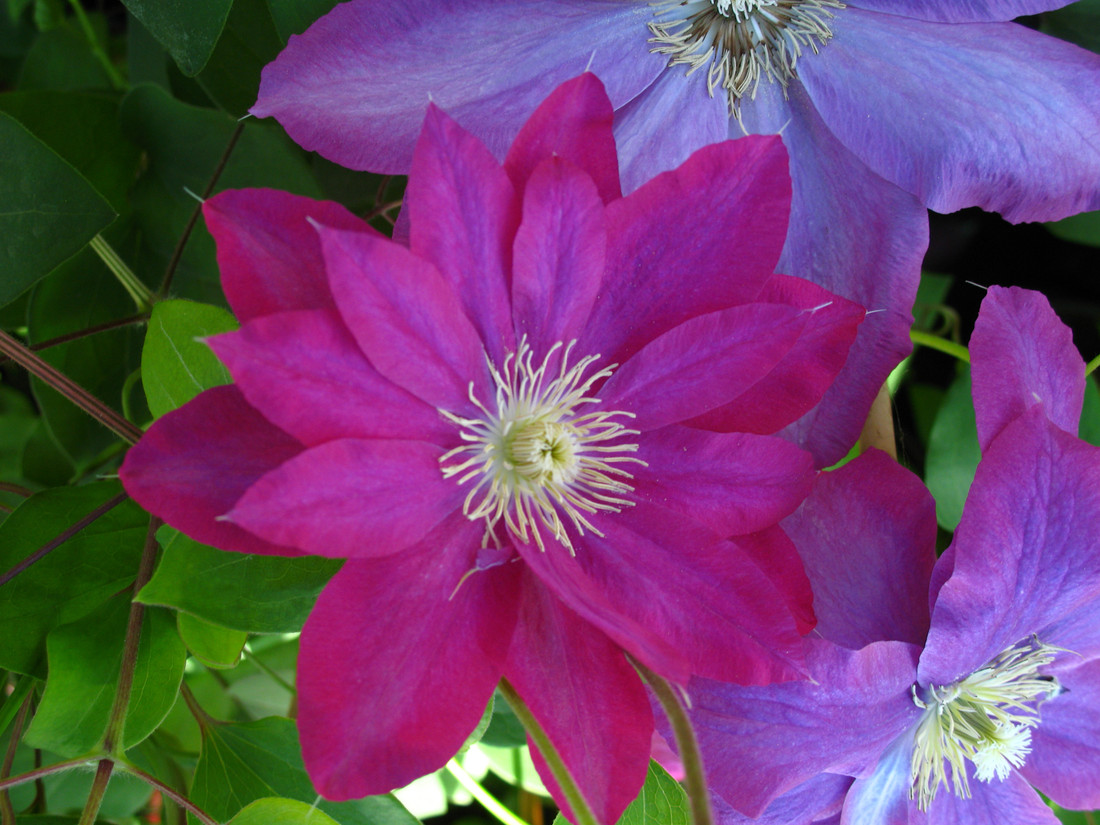 Clematis 'Fireflame' is a beautiful clematis that boasts fully double, deep pink blooms. The flowers are present from late spring to early summer and then again from late summer through early fall.