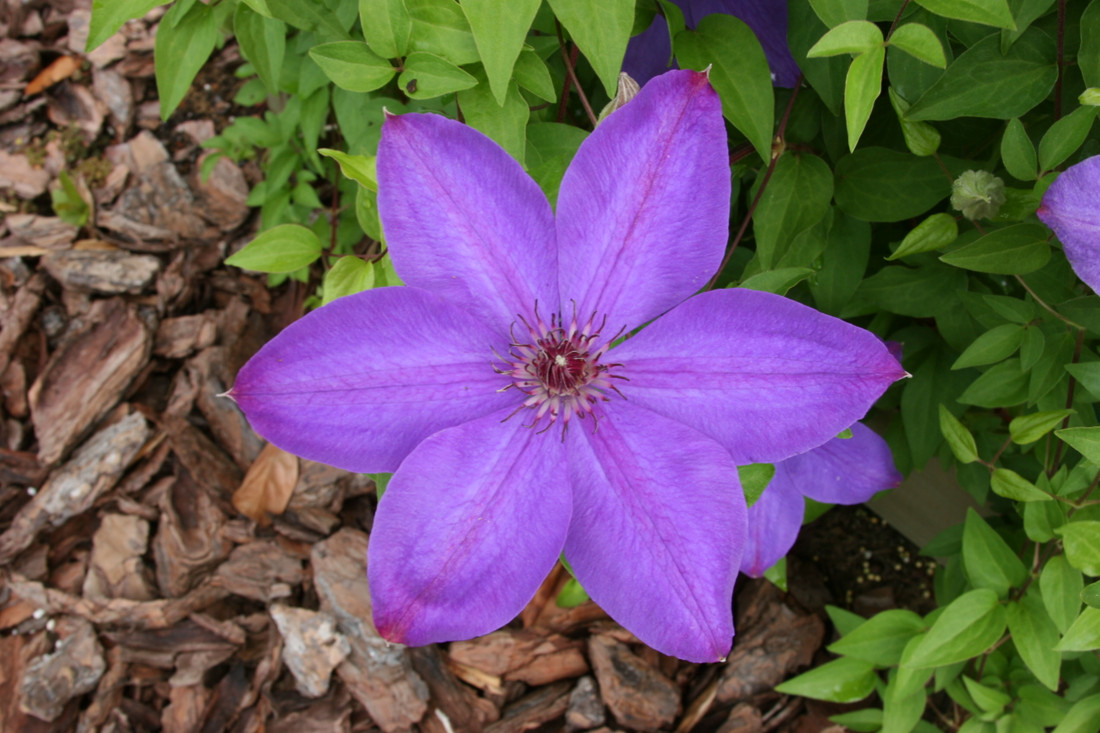 Clematis 'Elsa Spath' is a beautiful clematis that boasts pigmented lilac-blue blooms. The flowers are present from late spring through early fall. Fun fact: this clematis was raised in Berlin in 1891.