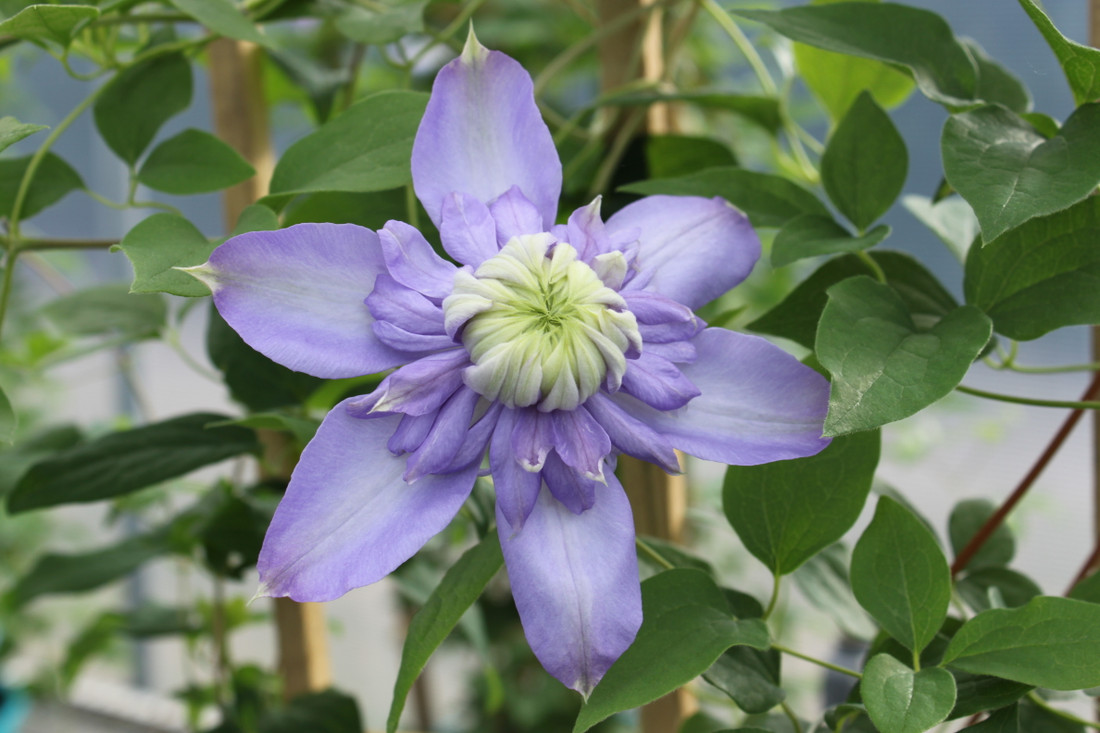 'Blue Light™' is an absolutely gorgeous double-flowered sport of the very popular 'Mrs. Cholmondeley' Clematis. Double-blooming flowers are pale blue-violet to pale blue and 5" to 6" in diameter, and they appear between June and September on a vine that can reach about 7 feet tall. Part of Class 2 of Clematis, so the first blooms appear on the previous year's growth and the next flush of blooms will come from the new growth.