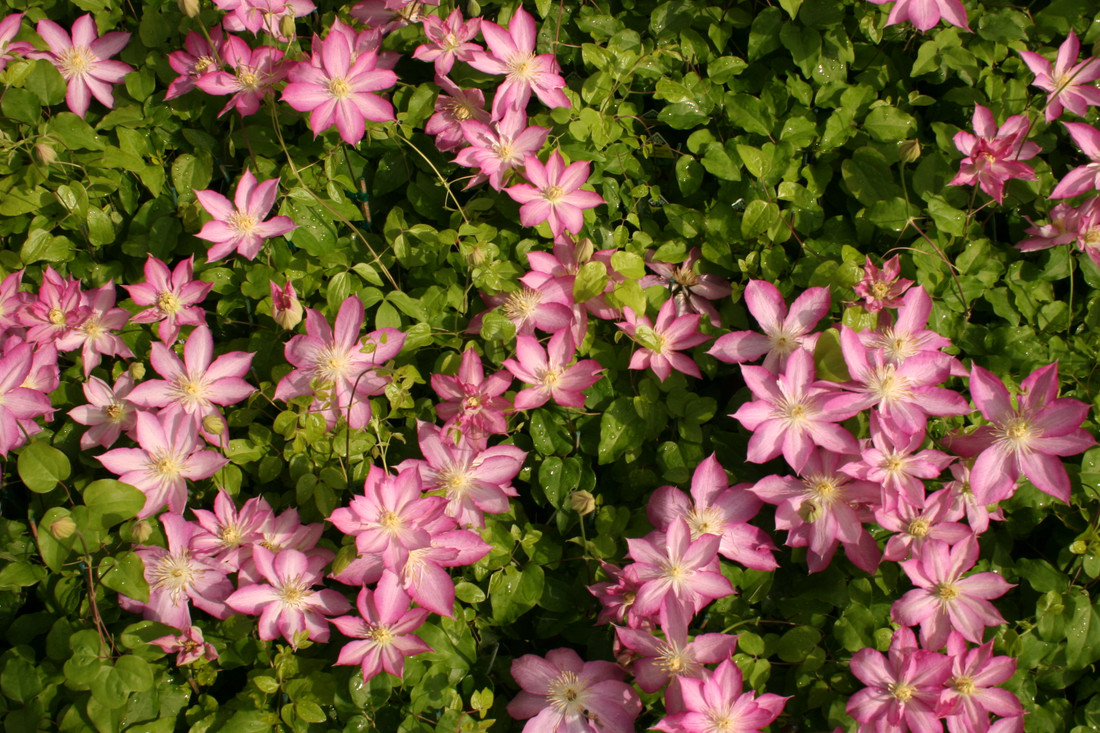 Clematis 'Asao' is a stunning compact clematis that boasts large, single deep pink blooms with white centers. The flowers are present from late spring to early summer and can bloom again from late summer to early fall. It is a great vine for smaller spaces or containers.