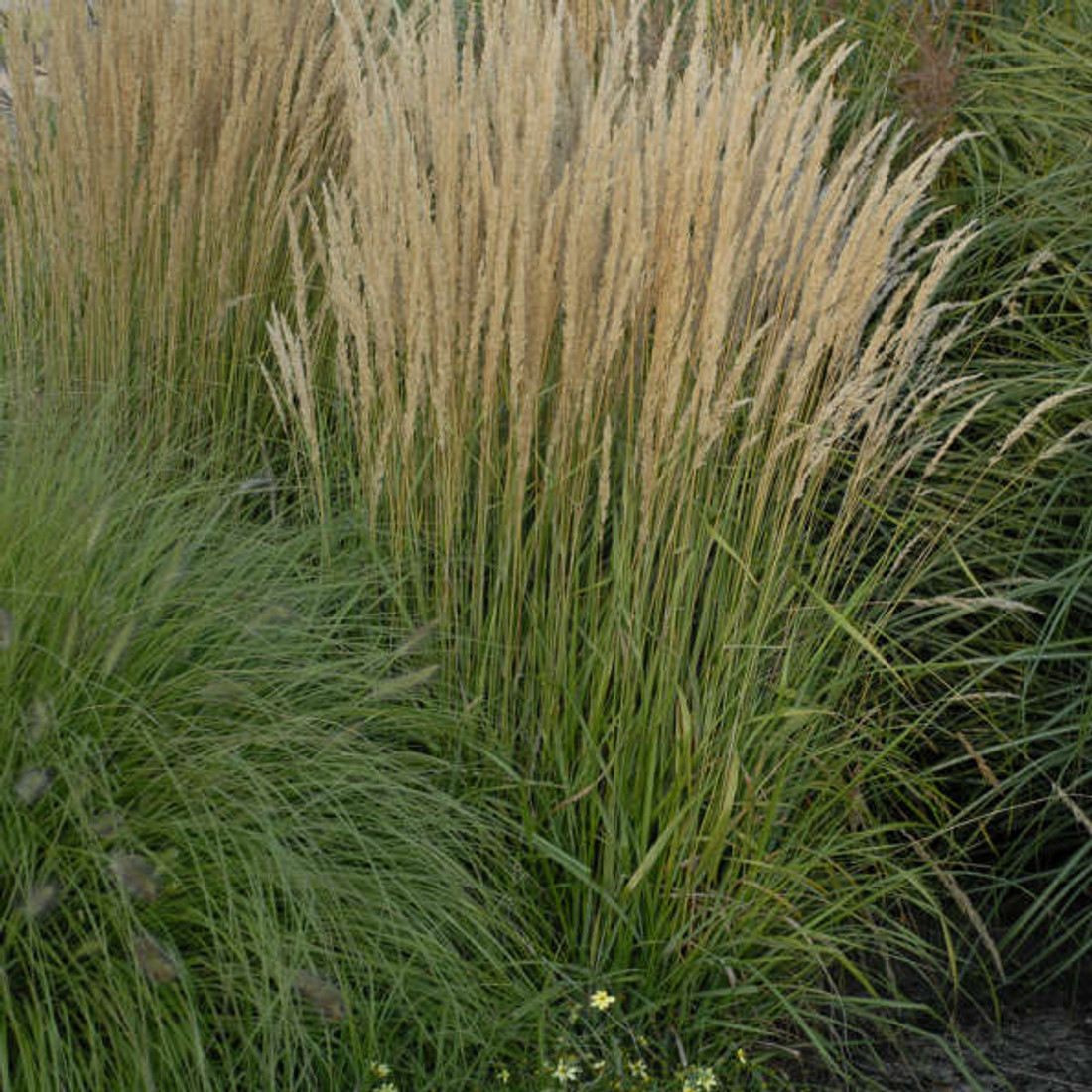 This is the most popular and best feather reed grass and for good reason. So good the Perennial Plant Association named this the 2001 Perennial Plant of the Year. Calamagrostis is a cool-season grass that is quick to emerge in the spring and one of the first ornamental grasses to bloom. The wheat-like plumes appear in late spring or early summer and persist well into the winter. The narrow upright habit makes this grass ideal for those narrow beds or borders.